How Does Diabetes Impact Your Eyes? 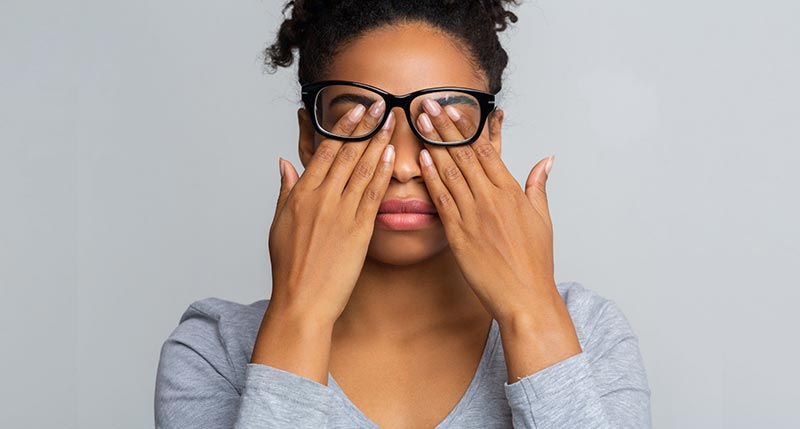 It’s November: Time to shine a light on how diabetes impacts your eyes during Diabetic Eye Disease Awareness Month.

Did you know that diabetes often affects a patient’s vision? And that uncontrolled diabetes is a top cause of blindness for people aged 74 and under? Let’s take a closer look at how diabetes impacts your eyes and, therefore, your ability to see.

Diabetes is a chronic health condition that affects your metabolism. Specifically, it affects how your body turns sugar (glucose) from food into energy the body can use. Diabetes results in a higher-than-normal level of blood sugar.

There are three types of diabetes:

According to the World Health Organization, diabetes is a significant cause of other health conditions including blindness, kidney failure, heart attack, stroke, and lower limb amputation.

Symptoms of diabetes include having to urinate often, especially at night, increased thirst, weight loss without trying, increased hunger, blurred vision, and tingling of extremities, including the hands and feet.

Risk factors for Type Two diabetes, which represents 95% of diabetes cases, include being overweight, being over age 45, exercising fewer than 3 times per week, and being of African American, Hispanic, Latino, Pacific Islander or Native American descent.

A high level of sugar in the blood – called hyperglycemia – can cause significant health problems over time. High blood sugar damages blood vessels that supply oxygenated blood to every cell and major organ in the body, including the heart, kidneys, nerves, and eyes.

Adult diabetics have a two to three times greater risk for heart attacks and strokes than those without diabetes. Because of a decrease in circulation and nerve damage to the feet, diabetics are at increased risk for developing foot ulcers (open sores that take a long time to heal) and can lead to amputation of the foot, feet, or lower limbs.

People living with diabetes have an increased incidence of kidney failure and, as we saw during the Covid pandemic, are more likely to experience poor outcomes and severe disease from Covid and other infectious diseases.

And, diabetes can cause blindness. The tiny blood vessels that bring fresh blood to your eyes are some of the first vessels to suffer damage when blood sugar levels surge without being controlled. The World Health Organization estimates that there are 1 million people who have gone totally blind due to the damage caused by uncontrolled diabetes.

In the United States, diabetes has reached epidemic proportions. About 34 million adults have the disease, and about 7 million of those are undiagnosed but living with the disease. Since it is a leading cause of preventable blindness, doctors of optometry are trained to notice the small, early signs of diabetes in the tiny capillaries and other structures of the eyes.

Because of this training, eye doctors are often a patient’s first healthcare professional to notice early changes caused by uncontrolled blood sugar. In 2018 – the most recent year data is available – optometrists diagnosed more than 300,000 cases of pre-diabetes or full diabetes in patients who did not yet know they had signs of the disease. In many cases, this early diagnosis likely saved the patient’s life.

When eye doctors catch the condition in the “pre-diabetes” stage, a patient has the opportunity to make lifestyle changes that can often reverse the disease’s progression. There are many ways to prevent diabetes health complications.

Patients with diabetes and pre-diabetes are advised to exercise regularly, lose weight, stop smoking, and eat a healthy diet consisting of lean meats, vegetables, and fruits while cutting out sweets, sugary drinks, and alcohol.

By controlling blood sugar to keep it within their target range and making dietary and lifestyle changes, many prediabetic patients can reverse the disease and prevent many of the ill effects of diabetes, including damage to the eyes and loss of vision.

If you or someone you love is living with diabetes, it’s critical to schedule an annual comprehensive eye exam. Your optometrist will check your vision and monitor the health of the sensitive structures of the eye that enable you to see.

We look forward to answering your questions about diabetes and your eyes during your upcoming annual exam!